The Chilton Chamber of Commerce Distinguished Citizen of the Year is awarded annually. The achievements of the individual(s) being nominated must have benefited the citizens of the Chilton area, should focus on volunteer related activities rather than be job related, and the nominee(s) must live or work in the Chilton area. 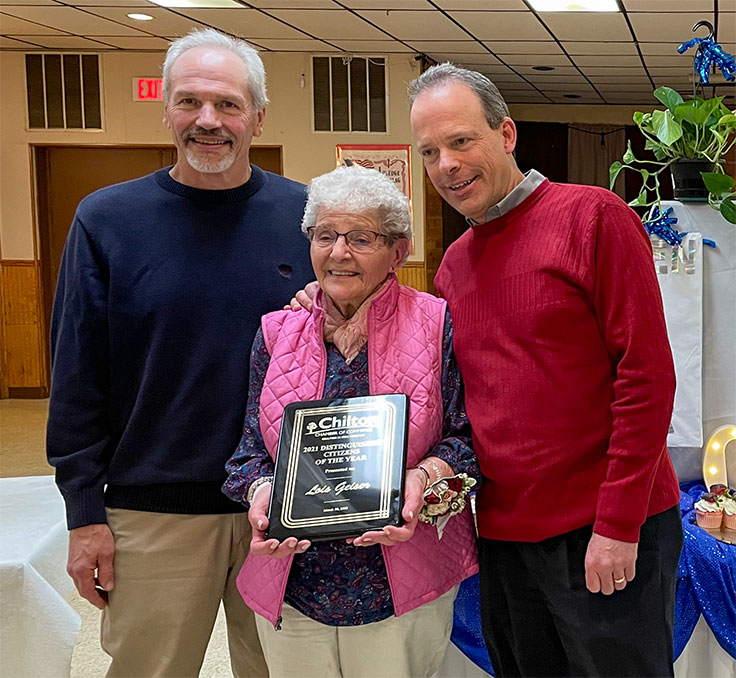 The 2021 Citizen of the Year is
Lois Geiser

For many years Lois Geiser and her late husband Roger have been giving of themselves to volunteer help the people around them and the community that they live in.  Lois believes it is the right thing to do.

Some of the events and organizations Lois volunteers with include:

Lois and Roger were married for 57 years until his passing in 2011.  They have two sons:  Marty and his wife Jenna, Myron and his wife Ann. They have five grandchildren:  Garrett (Sara), Megan (Katie), Grace (Derrick), McKayla (Brady), Erin (Isaac), and two great-grandchildren Shae and Greyson.

Lois worked at Everix bakery full time from 1959-1971 and continued there part-time for many years.  She obtained her GED in 1971 at the age of 38, and then continued her studies in Green Bay to become a LPN.  She worked at Ascension Calumet Memorial Medical Center for 25 years and continues to volunteer there.

Lois said, “Roger started to volunteer and then I continued to follow in his footsteps.”

Through the years, she has cared for many young people, many old people and some who don’t even know it.  She is an inspiration at 88 for us all to emulate.  She makes so many people smile when they see her biking around town and waving to those who honk or shout hello!

Congratulations on being the 2021 Citizen of the Year!  Chilton is proud to have a devoted women like you as a part of our community.

This is the anchor location for Past Honorees. Do Not Delete!

Past Recipients of Citizen of the Year Award